The complex thermomechanical processes during laser beam welding in the mushy zone predominantly take place on the microscopic scale, where the dendritic structures can be fully resolved. In order to further understand and investigate the effects of the microscopic processes on the mesoscopic scale of the mushy zone, multi-scale modeling approaches and multi-scale simulations are necessary. In cooperation with sub-project 4, we decided to use the FE2-method, a computational homogenization method that relies on finite element simulations on microscopic and mesoscopic scales. Both scales are connected in the integration points of the finite elements of the mesoscopic problem.

In the FE2-method, the problems on the microscopic scale are completely decoupled from each other. Therefore, the algorithm is ideally suited for the use on modern supercomputers with their typical architecture and many parallel computational cores. At the same time, however, the FE2-method is computationally intense and the use of high-performance computing resources is essential for an efficient solution of the finite element problems arising on both scales. Based on the software package FE2TI, a highly scalable and efficient implementation of the FE2-method, meaningful multi-scale simulations of the mushy zone during laser beam welding will be possible for the first time. This can improve the understanding of the thermomechanical processes in the mushy zone.

One of the main objectives of sub-project 5 is to enable multi-scale simulations of the mushy zone during laser beam welding with a sufficient spatial resolution and accuracy. This will be possible using the FE2TI software, a highly scalable implementation of the FE2-method, which was especially developed for modern supercomputers. In addition to the FE2TI software, the integrated implicit solvers for finite element will also be optimized. The usability of FE2TI for a broad class of mechanical problems will be improved as well as the documentation of the package – both according to current standards in software development.

For a sufficiently accurate resolution of microscopic geometries, finite elements but also virtual elements will be considered in the subproject. Both discretizations will be combined with adaptive mesh refinement, with the aim of resolving the formation of solidification cracks in a later stage of the project.

The work on the FE2TI software includes the following aspects:

For the solution of all occurring finite element problems, nonoverlapping domain decomposition methods will be used (BDDC/FETI-DP). We will develop robust coarse spaces for BDDC/FETI-DP for thermomechanical problems and we will also consider approximations of the solution of the coarse problem, which is important to obtain an efficient and scalable implementation. For an efficient parallel implementation, a good parallel load balance of BDDC is still a challenge, especially if adaptive mesh refinement is used. The load balance will be optimized using tree-like memory structures.

In general, a close collaboration with sub-project 4 is planned, in order to further develop the FE2TI software and to define and set up relevant multi-scale problems in the mushy zone. 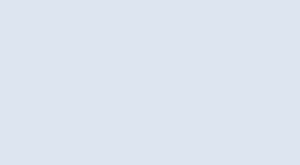